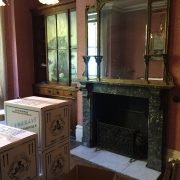 THE PROJECT: To move an 80-year-old couple from the 5-bedroom family home where they’d lived for the past 40 years into a two-bedroom bungalow. 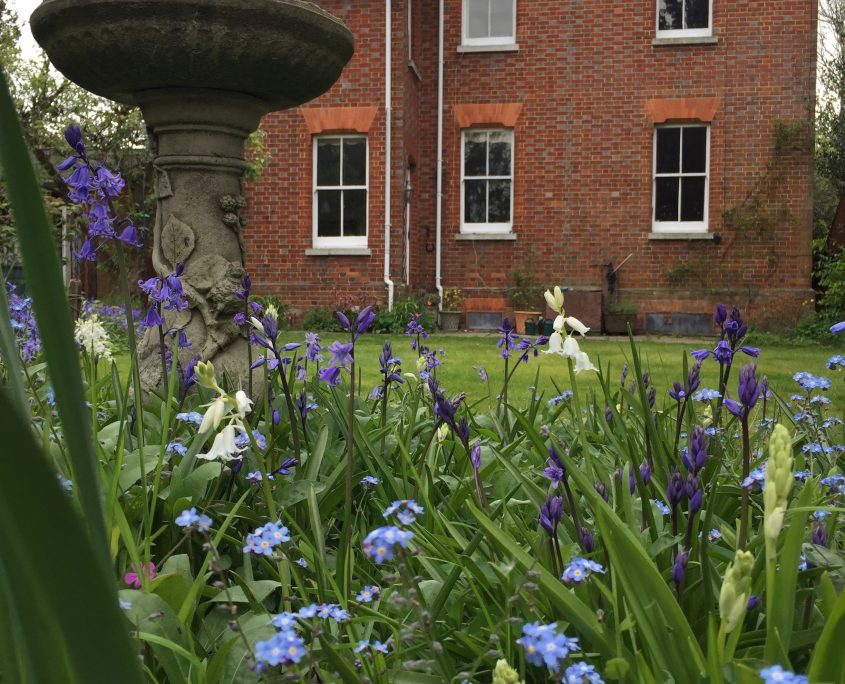 THE CHALLENGE: They had 10 rooms, 3 cellars, loft, garage, games room, workshop and stables full of nearly 40 years of stuff. Mrs H has Parkinson’s Disease and her husband Mr H was managing everything on his own. We had 2 months.

WHY ME: The couple’s two sons got in touch asking me to help manage their parent’s move. They could see the mountainous task that lay ahead. They both have full time jobs and one lives in Australia so neither had time to do the whole move themselves. Their mother’s health was deteriorating so she was no longer able to manage her finances and belongings herself. Their father was 82, a post war, traditional man who had done a lot with his life and he didn’t want my help. But his family and I could see he was overwhelmed by the prospect of moving and the full impact of doing it all on his own could have been catastrophic.

HOW I DID IT AND MY TIPS FOR DOWNSIZING SUCCESS:

Start with weekly visits as clients are often overwhelmed: 8 weeks before moving day I started going to the house. Mr H was convinced they didn’t need my help so his sons and I agreed I’d help Mrs H until he was more on board with the idea. It’s common for clients to be in a state of denial about the move or not realise how much it’s going to involve.

So I began by decluttering Mrs H’s paperwork with her. There was no filing system and as the sorting process started, I could see how much could just be recycled straight away – 10 year old brochures, generic info from banks etc. More sensitive material needed to be sorted for later commercial paper destruction. Starting from an overwhelming situation, we grouped, actioned and filed the rest. She was amazed to see order come out of chaos and told me, “Watching you sort through my mess is like alchemy”.

Work out what to keep, gift, auction, donate, recycle or dispose of: Once the paperwork was sorted, filed and important documents secured, we started on jewellery, clothing and ornaments, choosing what to keep, what to gift and what to auction or donate. Mr H still felt he’d be okay working on his own. He would procrastinate with ‘We’ll see’ and ‘I’m doing that already’. He hadn’t started making decisions about what to keep or not and his sons were getting very anxious as the project schedule was becoming too tight but we left him to it as it’s important that the client keeps total control of the decision-making.

Be prepared for the unexpected: We were rumbling along, when two weeks before the move Mrs H had a fall and needed surgery followed by a long hospital stay. That brought a major change to the project, particularly to how Mr H was managing the process. He realised he needed my help and we started tackling the project together. It was the moment when my professional skills shifted into top gear and really started making things happen. I started going to the house every day.

Always make a masterplan: I prepared a full schedule of events and deadlines for every day and large layouts of the bungalow floor plan. Taking pictures of every item of furniture my clients said they wanted to keep and printing copies of these gave me the chance to sit with the family and look at how much stuff had been chosen and where it would fit. The conclusion was that in reality, it wouldn’t all fit. That meeting was 3 hours long but crucial, allowing us to make more decisions about what to let go.

Be flexible with your schedule: When you’re tackling a major downsizing job, each day brings surprises and having the mental and physical flexibility to change tack is vital for a Professional Organiser. So when Mrs H suddenly went into hospital I switched from working with her on her belongings to sorting the cellars, wrapping and boxing chosen items for auction and so on. There is always something to do.

Stay calm in the face of a crisis (and always carry a mask!): Moving day dawned and drama hit. I was discussing the contents of the house with the movers and how we didn’t need all the storage containers they’d estimated because I’d shifted so much stuff (over 5 tons in the last 2 days). Then he asked what was in the loft. I thought he was joking. No one had mentioned a loft. I asked if he’d seen the three cellars. He thought I was joking. Then we both lurched towards unseen areas. But within 2 hours I’d managed to get the clearance team back and kitted out with masks to remove more possessions from the loft (yes it has asbestos and yes, I keep masks in my kit!). We brought down Mr H’s step-mother’s treasures and the movers packed the contents of the cellar fairly easy as it had been cleared and cleaned the day before. It was at that point that Mr H said, “It’s fatal to put anything in a loft”. Wise words.

It’s exhausting, emotional work – give yourself a break: With Mrs H still in hospital, I unpacked and prepared her bedroom in the new home, to make it look exactly as before. Mr H couldn’t believe it when he saw the room, gasping “Nothing has changed!” With photos and video in hand, I ended the day by going to see Mrs H in hospital to fill her in on the move management. But the ward had just been closed (and stayed closed for 2 weeks) due to an infection outbreak. My heart broke for her, my ebullient mood dissolved into tears and I felt broken after working 13 days straight. Definitely time for a rest.

Keeping everyone in the loop is vital: The couple’s sons contacted me in January. I gave them a full outline of the project week by week and the costs involved so we were all clear from the start. 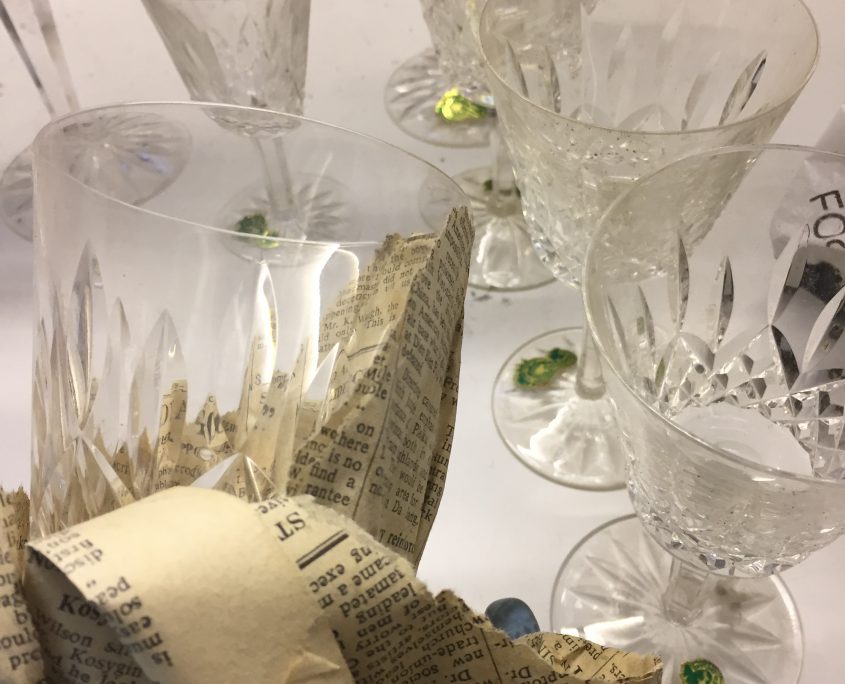 Photograph everything – I photographed everything and catalogued it so we always had a good record of what we were keeping, sending to auction and so on, which spared any unfortunate misunderstandings and allowed quick retrieval of last minute bequests.  Photos of meter readings at old and new homes proved invaluable too.

Regular email updates – At the start I used email to establish exactly what the sons and their parents wanted and needed. I also sent a report to everyone after each session Also when conflicts of opinion and wishes were expressed to me, I would add these notes to the non-judgmental and factual session reports to keep everyone in the loop. 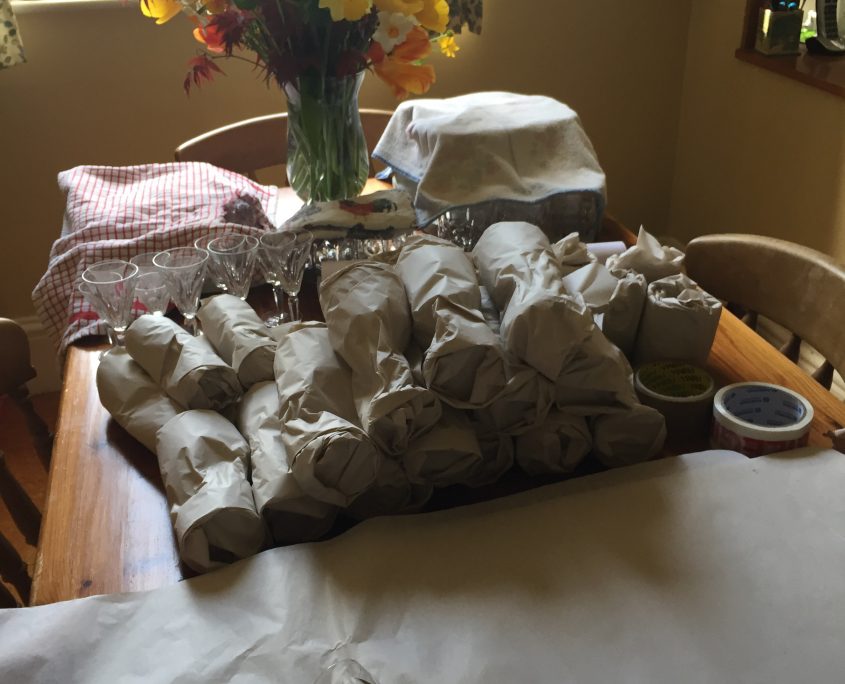 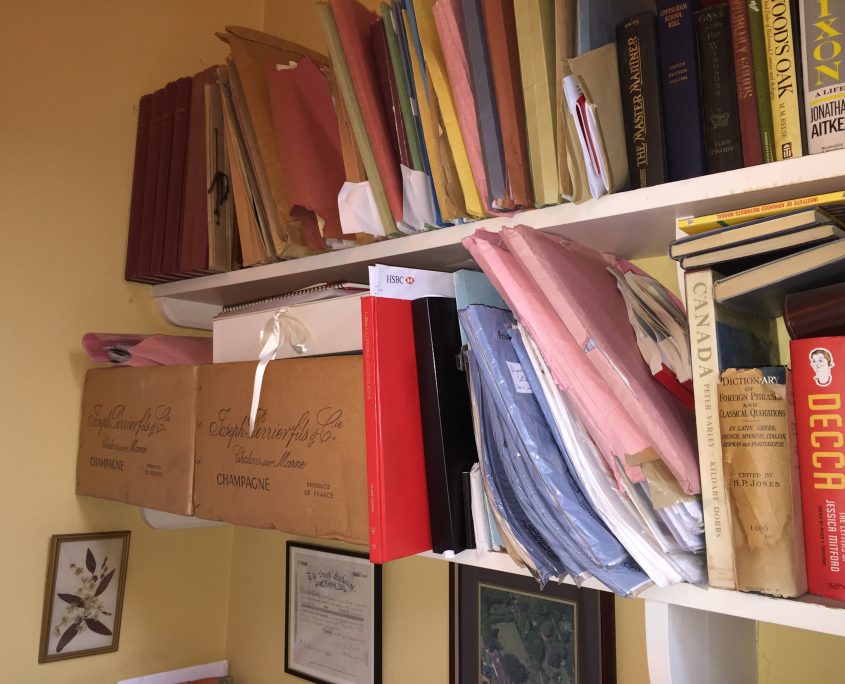 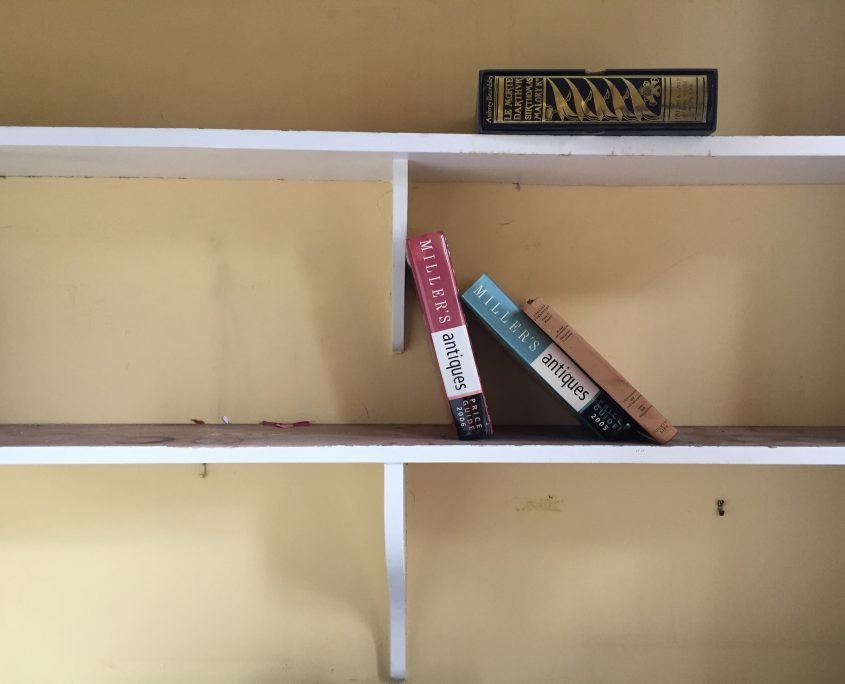 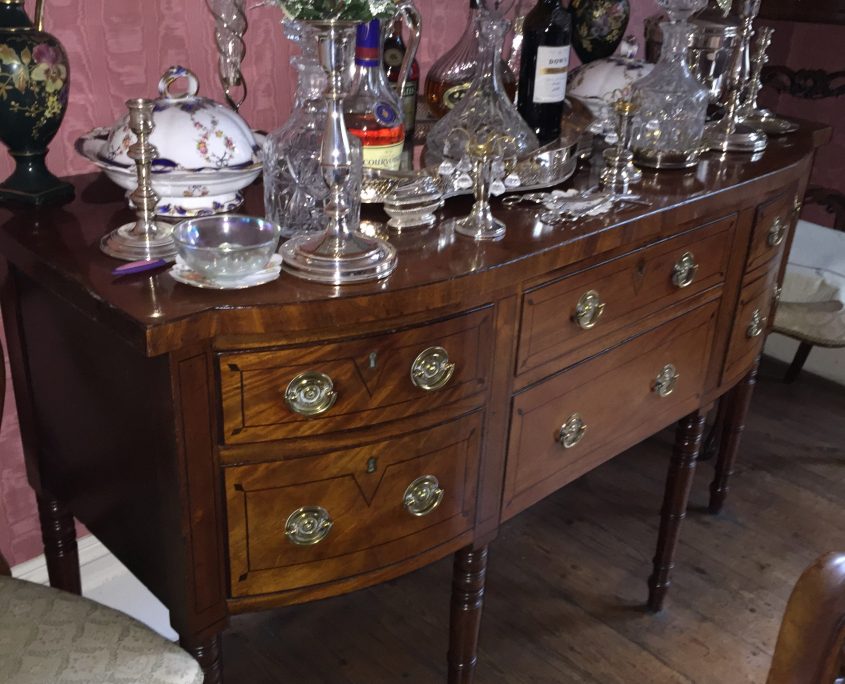 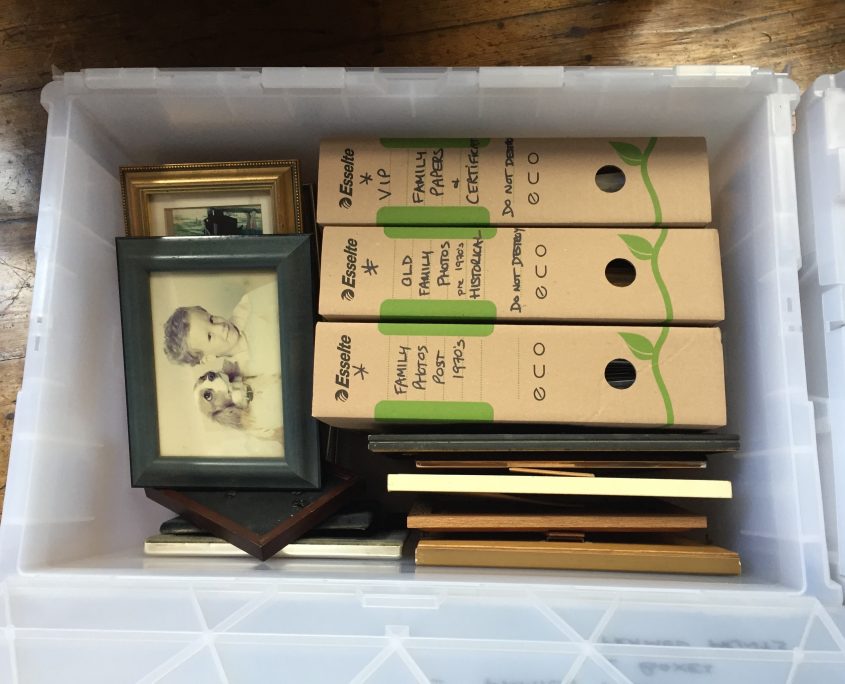 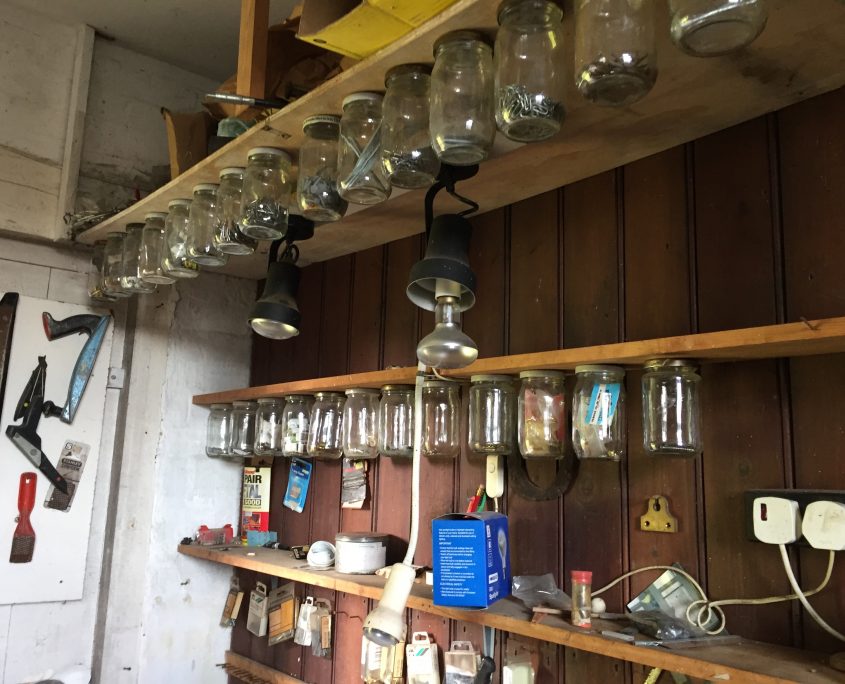 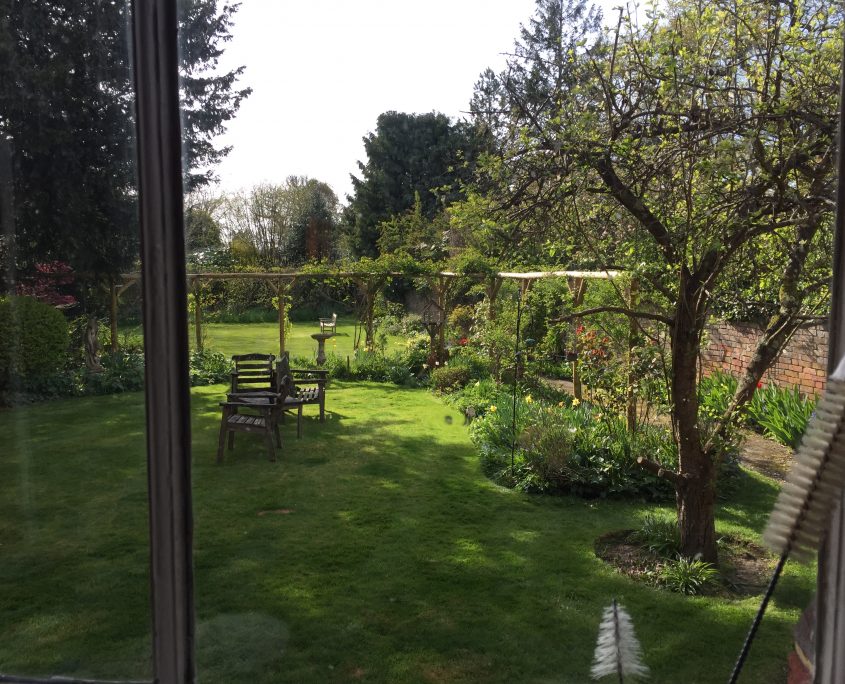 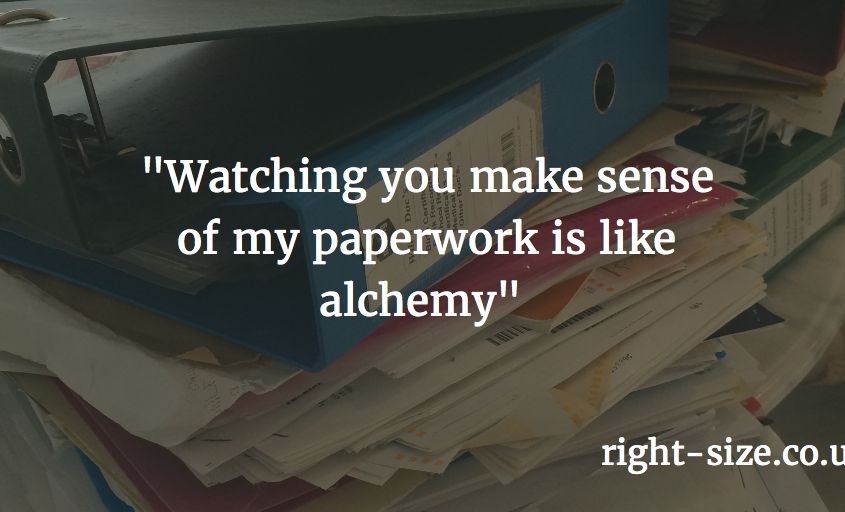 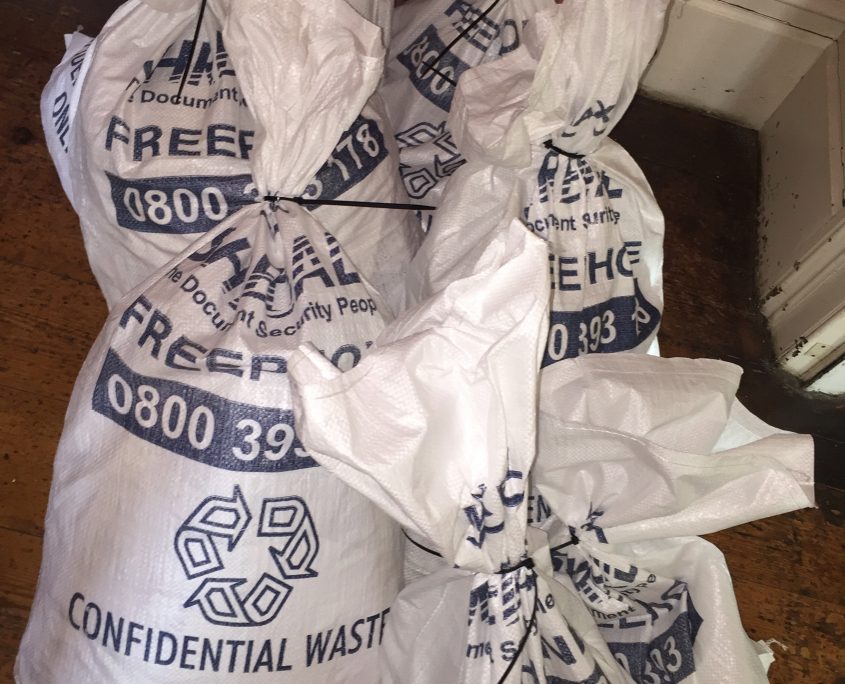 WhatsApp for speedy decision making – We set up a WhatsApp group for fast decision making when minor (but always important) questions came up and deadlines were tight. So Mrs H would say “Charlie might want this” and I was able to grab my phone. Snap. Send. Reply. And tell her no, Charlie doesn’t want it and is happy for it to go to charity. Next!

WHAT GOT DECLUTTERED IN NUMBERS

12 tons of personal possessions filled the home at the start of the project: 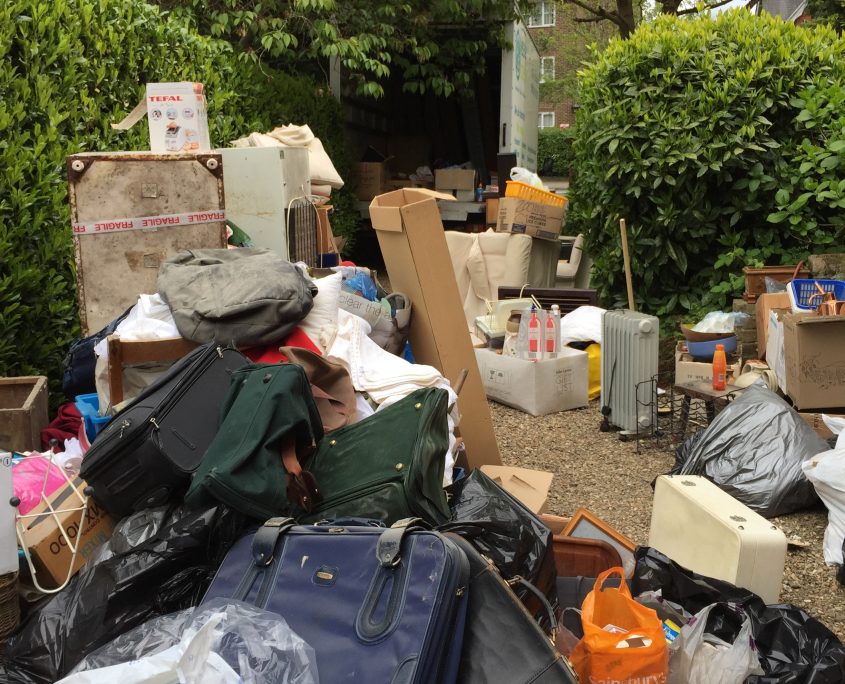 1.5 tons of selected furniture and belongings were sent to two auction houses

0.5 ton was donated directly to family, friends and charity of choice

2 tons was removed into a skip hired by the family

2 tons was organised into to the new home

2 tons was put into storage for later review

If you are interested in hearing how the adult children, the clearance team and the removalist responded to my downsizing services, click on any of the following posts:

THE CHILDREN ON WHY MY HELP WAS SO IMPORTANT

THE CLEARANCE SPECIALIST ON WHY MY HELP WAS SO IMPORTANT

THE REMOVALS SPECIALIST ON WHY MY HELP WAS SO IMPORTANT

5 TIPS FOR ANYONE MANAGING A DOWNSIZE

Have a formula – No matter what the timeline, I always follow my 7 Steps to Downsizing (contact me to learn more!)

Be prepared to sacrifice free time – You often have to work on weekends and public holidays to meet downsizing deadlines and keep up with ongoing clients. My mobile office (the car) and voice activation phone mean I can catch up with my team and suppliers between client sessions. 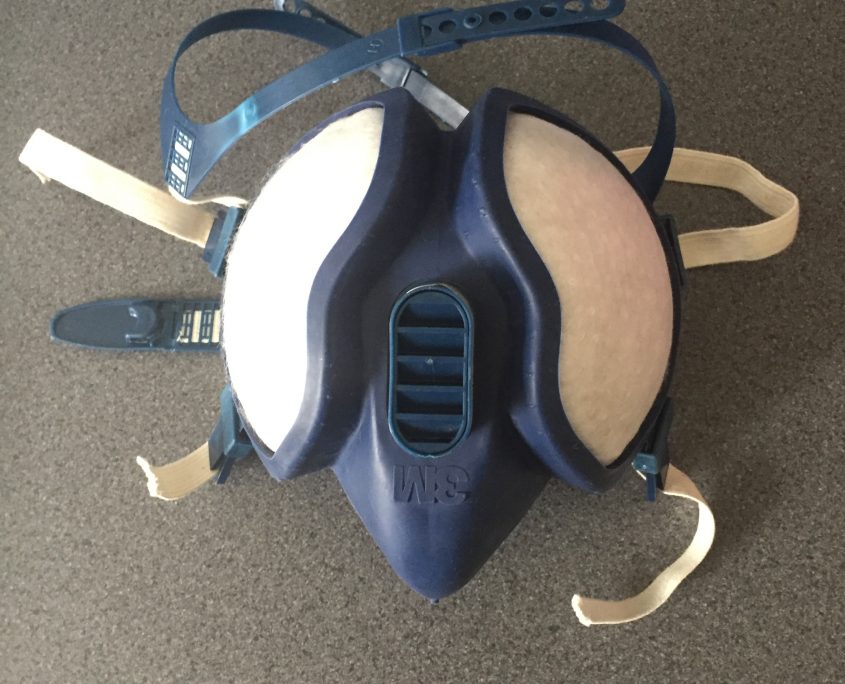 Carry a mask – People laugh at me for carrying an industrial mask in my car kit but not the people I lend it to. Always assume there will be asbestos and/or mould.

Ask if there is a loft! 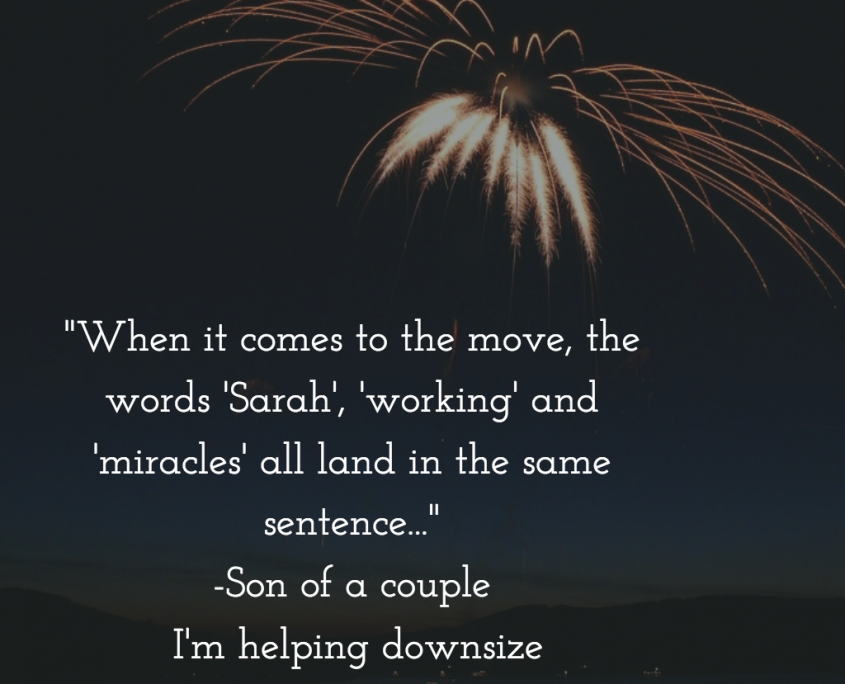 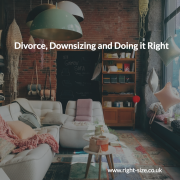 Where to Donate the Tricky Stuff

Regifting the spirit of Christmas - yes you can! 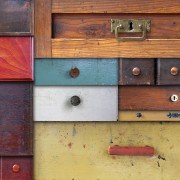 Is decluttering always about clutter? 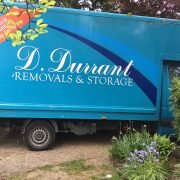 The Removals Specialist on why my Downsizing Help was so important 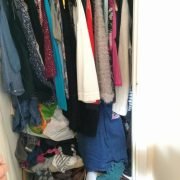 Has your home got an unsightly muffin top?

Divorce, Downsizing and Doing it Right

Why downsizing doesn’t appeal to the elderly “Home-blockers” in our c...